From Infinity Library
Jump to navigation Jump to search 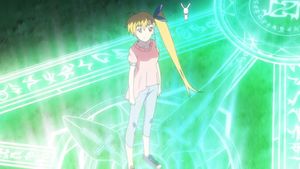 Magic (魔法 mahō) is a general term for anything involving the manipulation of Mana, such as creating and using spells. Though not equated to conventional science, magic still adheres to a specific set of rules and limitations. Someone who specializes in Magic is typically called a mage, most of whom tend to wield a device to assist them. When using magic, a magic light is emitted. Said light differs in colour from person to person.[1]

Magic actions can be roughly divided into three categories.[2]

The creation of a spell involves programming. This is done by having a mage combine the three magic categories to reach a desired effect and then execute the program itself by using their own Mana. Because of the complicated nature of using Magic most Mages wield a device that serves as a hard disk for spells, allowing them to more freely use Spells.[2] 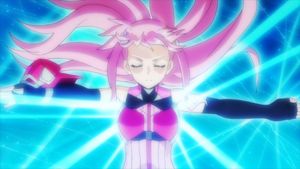 Though not strictly an act of transformation[3], this term refers to the act of applying magic onto your body in a way that alters or affects your body in some manner.

There are several types of transformation magic a mage might make use of.

Apart from specific defensive spells and a mage's barrier jacket, there are also a variety of ways a mage can protect themselves in combat using magic.

There are three basic types of defense magic any good mage must master.[5]